Legend Legend has it that the name « Kitterlé », otherwise known as « Kütterlé, comes from the Schwab word Kuter, meaning big wild tomcat. The tomcat used to live in « Upper Saering » and its mischievous spirit could be sensed in the casks of the chateaux in the surrounding area. However, according to another version, « Kütterlé » was the name of a poor vine-grower from Guebwiller……

Year 4 000 BC : It is the time of the wild vine plants named Vitis Vinifera and Vitis Rupestreis. At this period, vine is just a wild creeper growing at the edge of the forest. Its origins are not well known but it seem to be from Mesopotamia, Abyssinia or even the Nile valley.Greek and Roman Antiquity :  From 2nd-3rd Century BC until 8th-10th Century AD, is the period where domestication of the……

Today, there are really 7 grape varieties that remain. Chasselas is no longer widespread (contrary to the Germans). Very productive, it mostly provides an ordinary table wine, not particularly suited to ageing (must be drunk very young). It is mainly used in the composition of Edelzwicker. Klevner is an ancient name for Pinot Blanc, and is still held as a distinct variety by some wine……

Alsace is situated in the East of France, touching southern Germany and northern Switzerland. Its vineyard stretches for 120 km North to South, from Marlenheim to Thann. For a better understanding of its diversity and richness a little bit of geology is necessary. …

According to historians, vine growing in Alsace is supposed to be one of the oldest special crops although wild vine seems to have existed for a very long time. …

Why our AOC range, which produce the 7 Grape varieties from Alsace, is named “The Princes Abbés” ? Well, here is a little historical explanation : Christianity in Alsace is thought to have started from 310 AD. A bishopric was erected in Basel for the region of the Haut Rhin and another one in Strasbourg for the Bas Rhin region. In 728, Saint Pirmin founded the Murbach Abbey,……

Peter Schlumberger (1750-1830) Nicolas’s father invested in the fabric factory Jean–Henri Dollfus, the most important one at this period.

Nicolas Schlumberger was born in 1782. He relocated from Mulhouse to Guebwiller in 1810 where he created a factory of fabric machines. He also bought 20 hectares of vineyard and enlarged the cellars.
He married Marie Elisabeth Bourcart: and they had 9 children together.
Nicolas died in 1867, three of his sons (Nicolas Junior, Jean and Adolphe) took charge of the factory. Nicolas Junior and Adolphe quickly gave up.

Jean Schlumberger inherited all the vineyards, lands and forests. He married Clarisse Dollfus in 1845: they had 6 boys

Ernest, one of their sons, married Caroline Trautmann in 1882 (they had 7 children) Fond of nature, he settled at the Castle of Bonnefontaine, a gift from his father, Jean.

Paul, another of Jean’s sons, married Marguerite de Witt: they had 6 children.

In order to avoid them being German (at this time Alsace was annexed by the Germans) Paul settled in Paris with his family. His sons Conrad, Marcel and Daniel moved to the USA and founded the oil company Schlumberger (today it also produces electric meters, phone boxes, parking meter…). Maurice, another son launched the bank Neuflize Schlumberger and Mallet (N.S.M).

Another of Ernest’s sons (also named Ernest –1885-1954) returned to Guebwiller in order to look after the factory as well as the vineyard.
He married his cousin Christine Schlumberger (1894-1971): they had 2 girls Anne (1914) and Clarisse (1919). We have named our more prestigious cuvees after the name of these 3 exceptional women.

Ernest (junior) was a vine fanatic and he spent all his life taking care of it.
He was conscious of the renown of the family and was the only one to carry out all the necessary works to improve the vine.

After the disease of phyloxera has destroyed the whole vineyard, he replanted it and took the advantage in buying more plots. He then enlargened the vineyard from 40 hectares to 110 hectares. He also adopted the horizontally planting system. 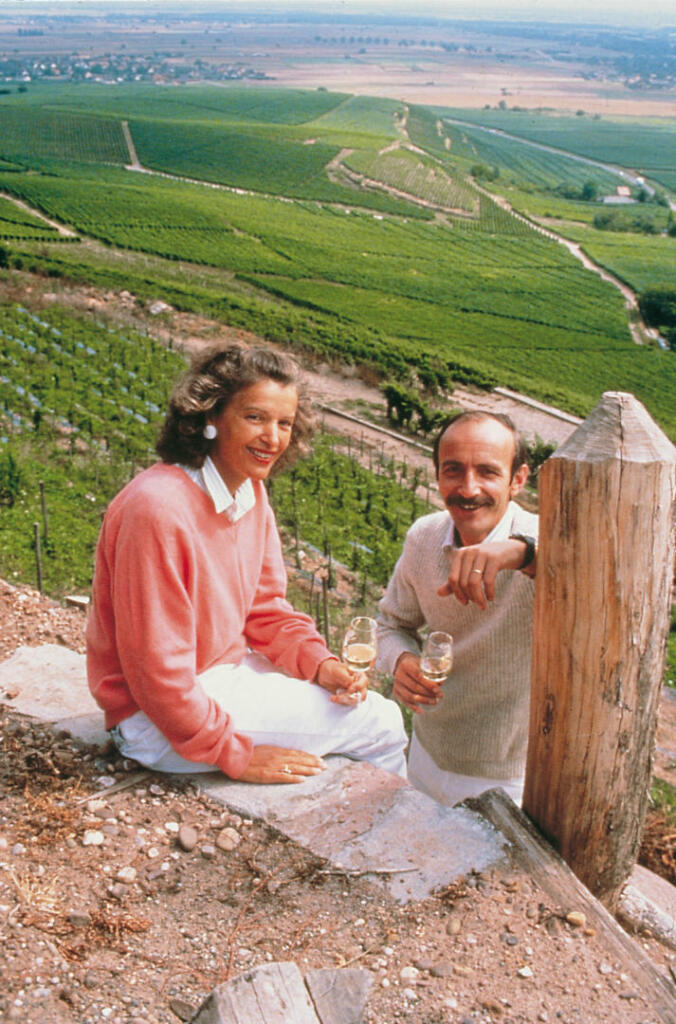 His daughter Anne married Roger Koch. She has 4 children. Clarisse, the second daughter married Jean Beydon: they have 3 sons.

On the death of Christine Schlumberger in 1971, Eric Beydon-Schlumberger, Clarisse’s eldest son, moved to Guebwiller to take over and settle the estate of Christine, as his ancestor Jean had done in the past. He also devoted himself entirely to the estate, replanting almost all of the aging vineyard, but also giving it its current international reputation. 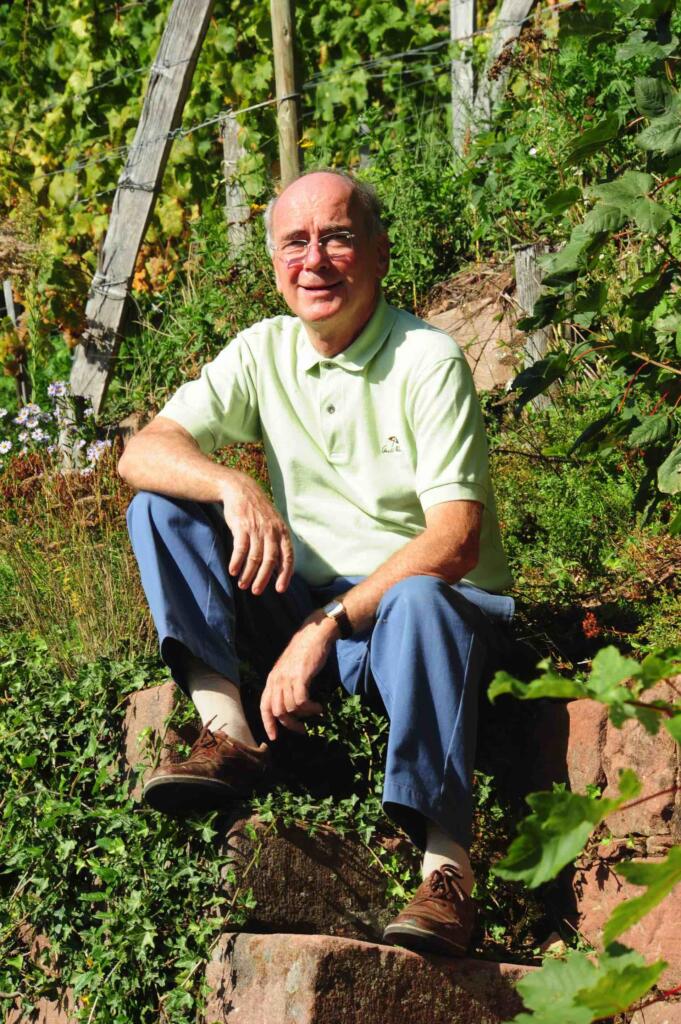 Alain Beydon-Schlumberger, his brother, will complete his work in the 2000s by undertaking significant investments in the cellar, in order to renew equipment and modernize all production tools.

To conclude, I would like to quote a passage from my grandmother Clarisse’s book (Schlumberger: roots and landscapes by Clarisse Schlumberger by Oberlin editions) which perfectly reflects our state of mind when it comes to managing these family businesses.

If some of these Schlumbergers seem to have embodied the idea that we have success, they had far too much sense of relative to take pride in their successes or to believe they arrived. It was probably neither the money nor the power that made them run, because they were above all passionate. Yet aware of their responsibilities vis-à-vis those they dragged in their wake and as demanding vis-à-vis others as vis-à-vis themselves, their success never stood in one collective work where everyone brought the best of themselves.

Back to the top of the page